He that maketh haste to be rich shall not be innocent. Read my Innocent Man review.

We see a man in a white coat running through a hospital. Did something happen? Is there an emergency? What exactly is going on? The guy suddenly stops when a television plays a newsreport. The reporter is not unknown to our hero. With a smile on his face he comments on the reporter’s message. Then we hear a voice calling him: Kang Ma Roo? 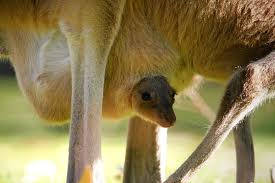 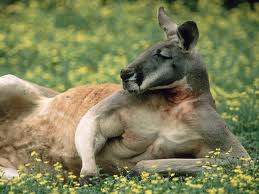 Our hopping little friend turns out to be a doctor-in-training. He seems a bit full of himself, but manages to surprises his cranky mentor-doctor with his accurate diagnose. The mentor tells a colleague they will probably have a new genius working in the hospital in a few years.

Unfortunately our happy story ends here. At home, Ma Roo finds his little sister (Kang Choco) sick. He wants to take her to the hospital, but before they can leave, he gets a phone call from a friend in distress. The woman who called him turns out to be the reporter we saw earlier on. She begs him to come and help him, because someone is dying.

Kang Ma Roo leaves his sick sister and tells her to wait for him. He will be back soon. Well, we all know how this will turn out, don’t we?

Doctor-to-be Ma Roo arrives at the motel where our beloved reporter Han Jae Hee is staying at. But all help comes too late. The victim, who is lying in a pool of his own blood, is already dead and gone. Jae Hee starts to snivel and sob, and complains about not being able to be a reporter again, even if it will be ruled self-defence. Are you serious sister? You just killed a man and you worry about your job? After some talk with Ma Roo she decides to turn herself in. But whilst calling the police, Ma Roo has a change of heart and takes the phone out of her hands. He will take the blame. After some complaining Jae Hee leaves him at the murder site.

The love for this woman must have blinded our sweet little doctor, because it is clear that even though the woman isn’t completely evil, she sure doesn’t have her priorities straight. How can you let the man you love go to prison for you and even give up his career as a doctor. Is your reporter job this important?

It is 6 years later. Ma Roo learned the harsh truth about his girlfriend only after serving his 5 year sentence. She promised him a lifelong debt, but we find out she dumped him for a rich company owner. 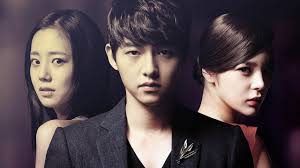 Heartbroken by the betrayal of his girlfriend, he has become a man who seems to have died inside. Song Joong Ki (as Kang Ma Roo) does an admiring job of giving empty and lifeless gazes towards the screen, while at the same time being able to change back to a warm smile within a millisecond. He pulls off not only fooling the women in the show, but also the audience: you are never a 100% sure if he is truly feeling something or if it is just another of his schemes.

But the one who gives us a chilling feeling is Park Si Yeon (as Han Jae Hee). She pulls off being one of the most egoistic and sadistic witches I’ve ever seen, without me hating her to the fullest. Perhaps it’s because she believes what she is doing, is not that bad. Even when she is being mean, she is actually blaming the victim for it. If they would have just let her have her riches and do whatever she tells them to, they would not have to suffer. Haha!
I love how deep her person actually goes. Instead of a just another annoying rich lady, we have a character that’s like Satan’s reincarnation herself, but believes herself to be the good girl.

Congratulations, you have passed the sociopath checklist.

On the other hand we have Seo Eun Gi (played by Moon Chae Won). She is the opposite of Jae Hee. Sure, she is not our little miss sunshine either, but at least she acts according to her feelings.

The one I disliked most in this series was actually the pater familias. I don’t know if he is worthy of the title ‘father’ at all. He doesn’t seem to care much about his children. He blames his daughter for things he has done himself also (times hundred). He just discards his toddler son (who he doesn’t seem to spend much time with anyway) along with his mother. He wants to put people for 30 years in prison for betraying him (the wrongdoing wasn’t even something you would go to the police for normally), when he has done even worse things. He let his daughter’s boyfriend get a beating, because… you know… they seem to love each other without caring for their past mistakes (how dare they!). I really don’t know why the guy was loved at all. Anyway, he was a great addition to the crazy family.

The story isn’t always fluent. There are some plot twists that raise eyebrows. The whole amnesia thing is way too unrealistic and overdramatic. Halfway it got a bit too slow for my taste and I fast-forwarded some bits and pieces. The actual ending is so-so. It is satisfying in its own way and just as unrealistic as the rest of the series.

But I would still recommend this drama. Maybe it is because of the good character design, maybe because of the wonderful acting. In the end it is a very satisfying drama to watch.